RSS
← Was Jeremiah Speaking of You? 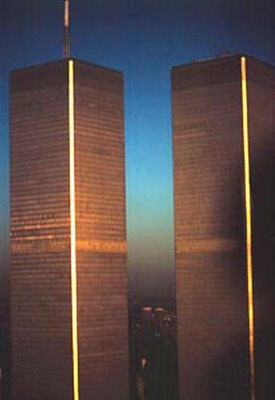 “…I turned… and looked, and, behold, there came four chariots out from between two mountains… mountains of brass. (Zech. 6:1)

There’s an old adage which says that “the fruit doesn’t fall far from the tree”.  In other words, there’s a great likeness to be found between a child and its parent(s).  In relation to this statement, however, one would have to say that the Messianic Jewish movement adamantly denies any sort of connection, whatsoever, between the “Lost Ten Tribes of Israel” (collectively known as “Ephraim”) and the modern-day ‘Ephraimite’ or ‘Christian Zionist’ movements.

Nevertheless, I believe that a Messianic Rabbi by the name of Jonathan Cahn has inadvertently given us tacit evidence for the location of the modern-day Ephraimite stronghold.  This evidence is contained in the video clip situated at the bottom.  However, before proceeding to that, I would like the reader to please consider two very pertinent understandings that I’ve derived from the Scriptures that follow.  They shall, I believe, help to further highlight the Rabbi’s unwitting, yet amazing, revelation concerning the chief and current stronghold of a people known as Ephraim/Israel:

The first consideration…. “And there shall be upon every high mountain, and upon every high hill, rivers [and] streams of waters [yivley mayim… from Strong’s #2988 ‘yabal’ meaning stream, watercourse; but also- it stems from Strong’s #2986 ‘yabal’- inferring the following: to bring, lead, carry, conduct, bring along] in the day of the great slaughter, when the towers fall.” (Isaiah 30:25)

THE ONLY OTHER TIME IN ALL OF SCRIPTURE where this particular grammatical form of ‘yabal’ appears again… i.e. as ‘yivley/streams’, is in the midst of the following passage from Isaiah…

“For I will pour water upon him that is thirsty, and floods upon the dry ground: I will pour my spirit upon thy seed, and my blessing upon thine offspring:

It would seem to me- due to their eschatological nature and their unique grammatical association in Scripture- that the two passages above are attesting to two uniquely singular and prophetic events that are tied together.  It, therefore, appears that in the prophesied “day of the great slaughter, when the towers fall“ there would be an outpouring of the Ruach HaKodesh (Holy Spirit) that would then begin to ‘bring’ [i.e., yabal/yivley] us along into a latter-day process of- as it were- reorientation, or better said, “re-identification”.  For the Scriptures, again, would appear to indicate that at that time there will arise in awareness three distinct groups of “blood-washesd/Spirit-filled believers”– which relates, I believe, to the following: i.e., those who say “I am YHWH’S” (blood-washed/Spirit-filled Christians)… those who say “I am Jacob” (blood-washed/Spirit-filled Messianic Jews)… and last but not least, those who say of themselves “I am YHWH’s; and will ascribe to themselves the surname of ‘Israel’” (blood-washed/Spirit-filled Messianic Israelites…aka Ephraimites).

The second consideration that I will offer is related to what the Prophet Isaiah tells us concerning another certain ‘last days’ scenario.  He tells us that YHWH will in the latter-days place “watchmen” [Strong’s #8104… literally, ‘shomrim‘/guardians, protectors] upon Jerusalem’s walls as guardians and ‘intercessors’ for Jerusalem and for Zion’s sakes [Isaiah 62:1; 6-7].  It is this very prophecy which I believe we’re seeing fulfilled before our very eyes, as we see multi-denominational Christian Churches and Messianic congregations of all sorts- all over the world- enthusiastically responding to the call of becoming “watchmen” (i.e., guardians/protectors/intercessors) for the established State of Israel; and for the Jewish people worldwide.  Nevertheless, of still further interest to me is the very strong clue- as I believe it to be- that is put forth by the Prophet Jeremiah as to just who these “watchers” or “watchmen” may specifically be.

In both ‘Jeremiah 4:16‘ and ‘Jeremiah 31:6‘ the Ruach HaKodesh (Holy Spirit) inspired Jeremiah to use an interestingly distinct hebrew word that we’ve also translated as the “watchers“ and “watchmen“– of the latter days.  I say this even though I believe that Isaiah’s watchmen and Jeremiah’s watchmen are one and the same.  What’s utterly fascinating to me, however, is that Jeremiah’s “watchers” and “watchmen” are both translated from the hebrew word “notzrim” [Strong’s #5341… “notzrim” in the Masoretic text] which, interestingly, is the same modern-day hebrew word for ‘christians‘.  That’s right!..Jeremiah’s word for the latter-day ‘watchmen’ is the same word that’s used by Israelis, today, when referring to Christians!  But also, by the Ruach HaKodesh (Holy Spirit), Jeremiah tells us that these same “watchmen” [Strong’s #5341, “notzrim”] are to be found- most curiously- “upon the mount Ephraim“… which, apparently, signifies their stronghold; the place from upon which they intercede on behalf of all Israel:

“For there shall be a day, that the watchmen [notzrim/christians] upon the mount Ephraim shall cry, Arise ye, and let us go up to Zion unto YHWH our Elohim.

For thus saith YHWH [relating to these ‘watchmen/notzrim’]; Sing with gladness for Jacob, and shout among the chief [just as one refers to Genesis as B’reishiyt / in the beginning; so too, b’rosh (among the chief) should, I believe, be more accurately translated as in the chief] of the nations: publish ye, praise ye, and say, O YHWH, save thy people, the remnant of Israel.” (Jer. 31:6-7)

The modern-day ‘Ephraimite movement’, and ‘Christian Zionist movement’ have their moorings in the United States.  Despite the fact that the Ephraimites and the Christian Zionists exist worldwide [as prophetically indicated in Amos 9:9 and Isaiah 11:12-13], they are, nevertheless, most prominent here within the ‘CHIEF’ of the nations, known as America!

In light of all the above, I believe that “Dormant Ephraimites” abound in America.  Why do I say that?  Well, especially, because of what the Prophet Isaiah declares:

“I have spread out my hands all the day unto a rebellious people, which walketh in a way [that was] not good, after their own thoughts;

A people that provoketh me to anger continually to my face; that sacrificeth in gardens, and burneth incense upon altars of brick; [cf. Hosea 8:11-12]

Which remain among the graves [of the Assyrian-Babylonian system], and lodge in the monuments [Strong’s #5341, notzrim], which eat swine’s flesh, and broth of abominable [things is in] their vessels;

In conclusion…. please consider again, if you will, that “notzrim” (watchmen) is the Hebrew word used in modern-day Israel to refer to Christians!  America has had the exalted position and destiny of being in the vanguard [the chief of the nations] in order to bring the gospel to the nations… to bring forth fruit for the ‘Kingdom’.  But, like our ancient Israelite forefathers, we’ve turned our backs on YHWH, our Maker, our King.  Yes, “Dorment Ephraimites” abound in America; and so, as it is written, “many are called, but few are chosen”.  Nonetheless, the call continues to go out to Ephraim to awaken from his slumber and to shake off his Assyrian-Babylonian grave cloths.  This harbinger’s call is coming even from the most unexpected sources.  As in the case of the unwitting Messianic Rabbi (recorded below) who tacitly provides clear and astounding evidence for recognizing the direct prophetic connection between the USA and “the mount” [or stronghold] of Ephraim as described in Jeremiah 31:6.  In so doing, he reveals the true identity of the many Christian ‘lovers of Israel’ that fill most Messianic Jewish congregations here in America and worldwide as well.

I would hasten to add and emphasize that I am not advocating Anglo-Israelism, for I believe that the collective Lost Ten Tribes of Israel are scattered worldwide.  However, I do believe, as stated above, that the USA is at present the prophetic “stronghold of Ephraim”.

In light of all the above, please listen to Messianic Rabbi Jonathan Cahn’s amazing prophetic declarations which demonstrate that for America and its abounding “Dormant Ephraimites”, indeed, “the fruit has not fallen far from the tree”.  His message is presented in the following video:

← Was Jeremiah Speaking of You?